The Raven crew, during their trip to Boston for the Internationals, met a documentary filmmaker who is making a film of the T-Bird story. Filming is moving to the west coast this week with visits to Gig Harbor and Port Townsend.  The PT filming will happen during the race this Saturday, so it would be great to get as many T-Birds out as possible. You could be a star.

And please remember that these races are for PHRF boats too.  Everybody is welcome and encouraged to race.

The best and most popular race of the sailing season

Will start at Noon on Saturday August 24th. in Port Townsend Bay.

With a BBQ and Awards party to follow at Point Hudson.

All sailors are welcome and encouraged to participate.

Temporary PHRF ratings will be guestimated for those without.

Further details and explanations are available at Regatta Details

An on-line signup sheet is at Entry Form

Many of you may know of Leo Goolden a boatbuilder, sailor and writer from Bristol, England who is currently living in Sequim and is “on a mission to rebuild a 107-year old English sailing yacht called Tally Ho“. If you haven’t seen his YouTube videos they are well worth watching.  Leo is sponsoring a casual small boat regatta/picnic this coming Sunday at Cline Spit, Dungeness Bay.  All are welcome.  It should be a blast. 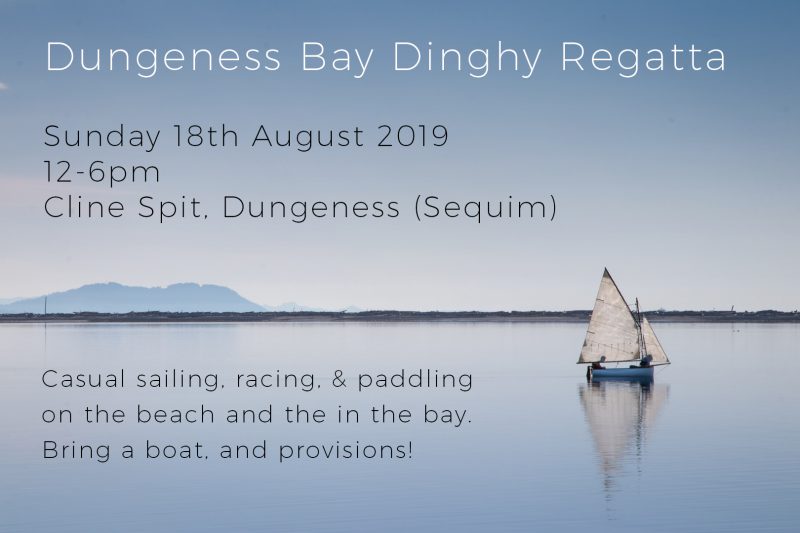 There is an open board meeting on Tuesday July 9th at 6pm at the Northwest Maritime Center.  This meeting will continue the great discussion from the last one, but with the goal of coming away with concrete plans and defined responsabilites. We need your help.  Please consider attending.

And don’t forget, Racing starts back up on Wednesday!  After two weeks off, the Catspaw Series begins on July 10th at 6pm.  Remember these races are not just for the Thunderbird class.  If other boats come out the race committee will provide a separate start for them as well.

There has been some confusion about when and how many turns to do if you commit a foul on the race course.  Here is a brief synopsis from the Rule Book.

If while rounding a race mark you hit that mark you only need to do ONE turn.

If you did both, broke a rule in Part Two AND hit a mark in the same incident, you only need to take TWO turns (not three).

When do you have to do your turns you ask? After getting well clear of other boats as soon after the incident as possible, a boat takes a One-Turn or Two-Turns Penalty by promptly making the required number of turns in the same direction, each turn including one tack and one gybe.

That’s it.  We don’t have protests in PTSA races, so everyone is on the honor system.  It’s up to you to determine if you have committed a penalty and do the right thing.

Since the days have gotten longer there have been requests to start the races at 6:00pm instead of 6:15pm, so we are going to give that a try.  See you out there for the first race(s) of the Midsummer Series.  Note that there will be a new committee boat – look for a Boston Whaler flying the race committee flag.

The Port to Port distances races scheduled for this weekend (5/18 and 5/19) have been cancelled.  No crew has reserved moorage at Port Ludlow as of today (5/16).  Other distance races still on the calendar will run as scheduled.  Apologies for the short notice.  If you have questions or comments please send them to webmaster@ptsail.org.

The PTSA race marks are back in the water and ready for the first race on April 3rd.  Some may not know that the marks must be removed every year for the winter lest they accumulate too much fouling and kelp and be washed away in one of our big winter storms.  The marks and rode must also be cleaned and repaired as necessary to be ready for the next season.  James Arsulich, with his trusty Catalina 36 “Nora Mae”, has assumed responsibly for this task over the last several years.  This year he has been ably assisted by Brian Bolling, John Lynes, and Jim Heumann.  The guy actually doing the diving has been Oscar Johnson from Poulsbo. 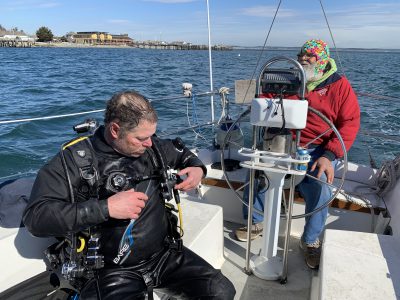 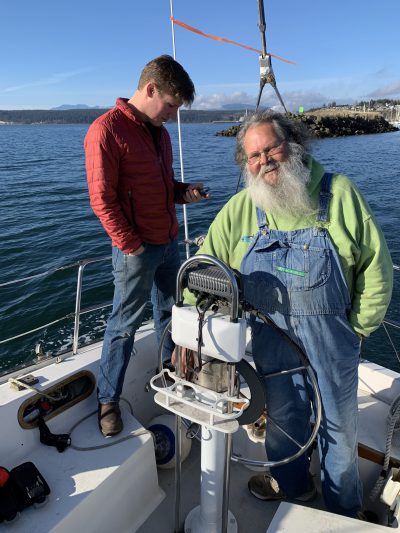 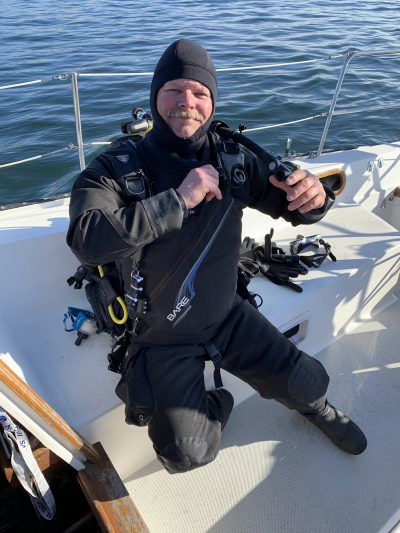 The 2019 PTSA Racing Calendar is here.  Many thanks to Tulip Morrow for putting it together! 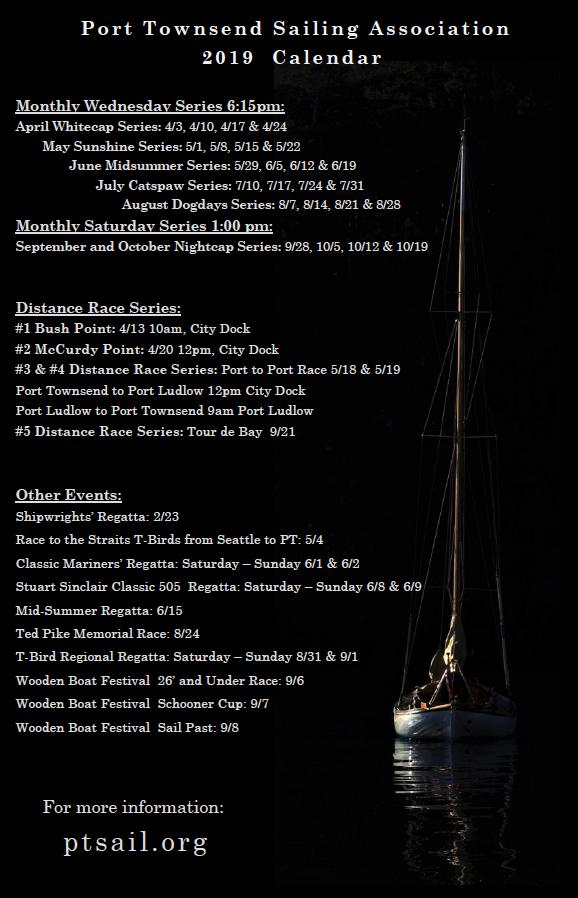 End of Year Party and Awards Thursday 11/15 at 6pm

The annual end-of-the-year awards party and dinner will be held at the Pope Marine Building at 6pm on Thursday 11/15 at 6pm.  As in the past it will be a potluck dinner – please bring a main and a side dish to share.  Beer and wine will be available and there will be a slideshow.  This is always a fun event that provides an opportunity for each crew to relive their victories and decry their losses, to retell the stores of crashes and near misses, and to get excited for the new season starting in the spring of 2019.

The Pope Marine Building is located on the dock at the corner of Water and Madison Streets in Port Townsend (near the Cotton Building where the party was last year).