Beam me up, Scotty. I Don’t Want any Part in This! 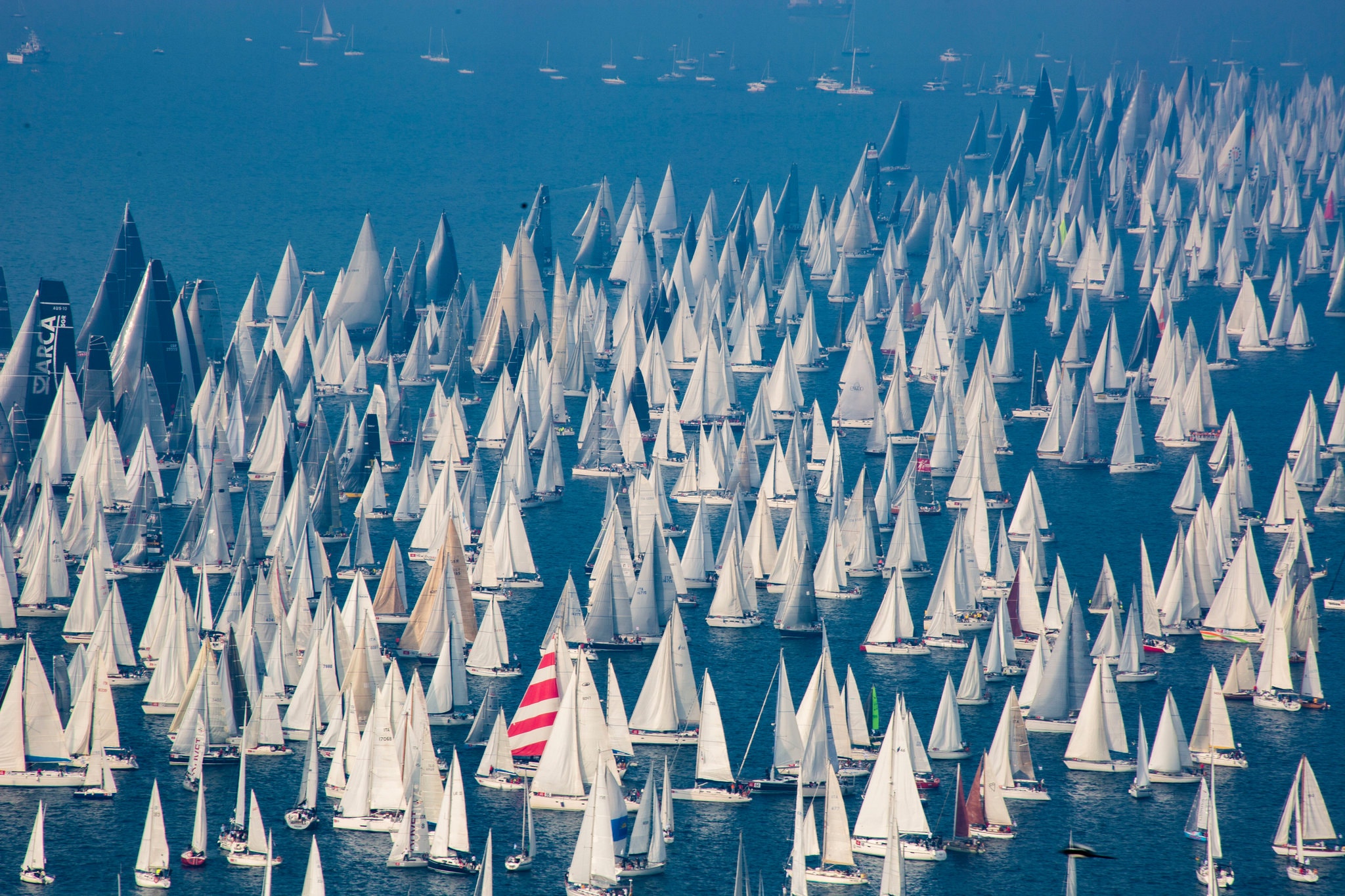 The front rank looks a little ragged. How would one identify the OCS’s? A General Recall could be mayhem.

Sometimes racing seems all consuming. From the Daily Beast.

A man who spent 438 days at sea after his boat was overpowered by a strong storm is being sued by his crewmate’s family—who accuse him of eating the junior sailor to stay alive. Salvador Alvarenga has said that crewmate Ezequiel Cordoba, 22, died on their vessel after he gave up, and that he kept Cordoba’s body aboard for six days for company. But days after Alvarenga’s new memoir was published, Cordoba’s family said Alvarenga was only able to survive by eating their son. “I believe that this demand is part of the pressure from this family to divide the proceeds of royalties,” Alvarenga’s lawyer said. “Many believe the book is making my client a rich man, but what he will earn is much less than people think.”

Why Men Don’t Ask For Directions. It’s About Sex

Presented without comment and in the spirit that it is loosely about navigation. From SportGeezer.

Ever wonder why men don’t ask for directions? According to researchers at the University of Utah, it’s about sex, maybe. A U of Utah news release reports that researchers at the school who studied two African tribes found that men evolved better navigation ability than women because men with better spatial skills can roam farther and have children with more mates. The researchers believe that the two tribes they chose to study, the Twe and Tjimba, were good subjects because they travel over distances of 120 miles during a year, “navigating on foot in a wide-open natural environment like many of our ancestors.” The tribes also have a comparatively open sexual culture, with many men having children by women other than their wives. So how, exactly, does mating pressure favor navigation skills? “Navigation ability facilitates traveling longer distances and exploring new environments,” says Elizabeth Cashdan, the study’s senior author. “And the farther you travel, the more likely you are to encounter new mating opportunities.”

Here, hold my beer and watch me do this …

At the time, this probably seemed like a fun idea. From the Marine Installer’s Rant.

Even I would have to say it was an audacious plan. I mean Guinness book of world record stuff. Walking from Miami to Bermuda in a plastic hamster ball. How hard could it be? Grab some granola bars, get some fishing tackle so you can have some sushi along the way. Piece of cake. You can’t make this stuff up. Real life is alway weirder than anything you can dream up.

Mr. Hamster did have some precedent this could be done. He reportedly walked his hamster ball from Newport Beach to Catalina Island in 12 hours losing 15 pounds of water weight in the process. It was a thirty three mile trip.

His next attempt to roll somewhere was his recent Miami to Bermuda escapade. It didn’t go well, and I’m not too surprised. It was only a 1000 mile jaunt. Tough enough in a boat, but in a hamster ball?

Thanks to Libby Atkins for posting this on Facebook. Sailing season has arrived.

Time to Check Your Rig

Needless to say, this is a joke. Don't do it.

Santa May Be A Little Late This Year …

Santa lives in Brittany during the off season and he likes to sail.

Thanks to the Horse’s Mouth

Matthias Pliessnig Show at the Renwick

What looks like a knockout show the Renwick Museum of American Crafts in DC. Matthias Piessnig using boat building techniques to produce some sculptural seating units. More images at his site here.

Charles Doane of Wavetrain.com writes on the the boat we all really need, want, should have, are glad someone else owns.

Photos by Charles Doane of Wavetrain.com

Confession first: I did not locate the folding EzyBoat here at the Miami boat show. It is a very large show! But I did find this crazy amphibious Russian thing made out of aluminum, the Tupelov N007, designed by Aleksei Tupelov at the behest of the Russian military.