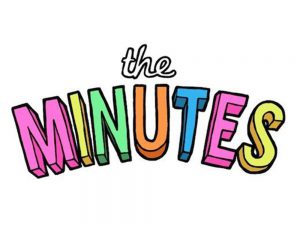 A record of the minutes of PTSA board meetings.

○ Jim has been talking with members of the community. Hearing interest in more ‘fun’ races. What does that mean? First to finish? Remove pressure of competition, PHRF ratings – just get people out on the bay. Conversation around ratings being both an obstacle and attraction for sailors.

■ Two series in spring – Friday focused on PHRF (Random Leg Courses), Weds focused on T-Birds (Windward / Leeward). When there is a Saturday distance races, there have not been Friday races.

● Fridays (random leg courses) start in April and go through May.

○ Discussion of long windward legs at the start of races being beneficial.

● Parties after at the container

● Interest from people in running the boat

● Steve committed for a year

● Martin Mills might be willing to help, Dr. Barry’s son

● In Boat Haven for now

■ Need a communications manager … to handle:

● Create flyers and post at tops of docks, etc

■ Talk from the owner of Quantum Sails/Ulman – Stig

○ Next board meeting – January 7 at NWMC

■ Overboard pylons to throw over MOB in windy races would be nice, but are expensive

Tuesday August 13 at 6pm. At the Maritime Center A/V room

Clubhouse – Discussion: NWMC good for board meetings, couple of big events a year. Desire for location in Boat Haven for post-race festivities. PTYC would be good! Action: Jim Doug Jones will follow up with the Port Townsend Yacht Club re: using the YC for these smaller events. One question – can we have a BBQ there?

Treasurer’s Report – John Lyons, serving as Treasurer, reported that the bank account balance is $3700. $1000 is earmarked for youth activities. Discussion of annual revenue and expenses. Known expenses are insurance and running races (marks, etc) about $800 each. Revenue is largely from memberships at about $2K annually. About $500 comes from miscellaneous donations. Averages of 25 skipper level members and 10 crew.

Review of upcoming racing – Discussion of need to promote races regularly. Action: Agreed that a monthly email to email list would be a good start. Jim H agreed to make sure this happens. Discussed that they should include – races schedule for next month, race results, membership appeals, board meeting notices / minutes

Discussion of needed functions at the club

Board members elected – Action: Doug Jones was added to the board – with acknowledgement that he provides great representation for the PHRF fleet – Unanimously.

Mark Boat – Action: Dennis Canty has offered PTSA a rib w/o a trailer. We discussed and agreed we should take him up on his offer.