This, the fourth memorial of Ted and his contributions to the North West sailing community, was probably the most successful so far. Especially in terms of number of participating boats (11 anchored in the kelp and one on the beach), enthusiasm around the rum keg which was over filled (Sparkle’s entry fee was accidentally donated to Davy Jones during disembarkation) and definitely in terms of cooperating breezes. Sparkle and Pacifica maintained their perfect attendance record. 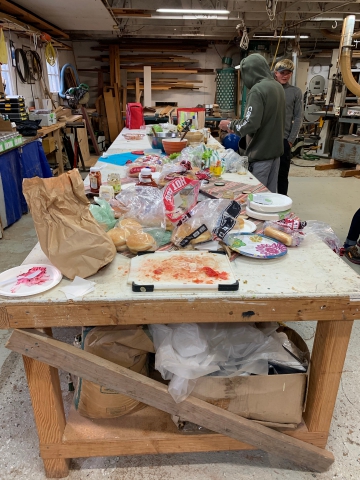 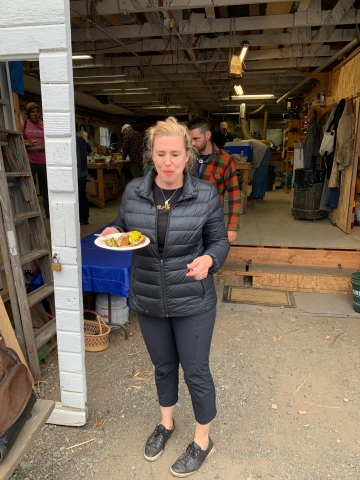 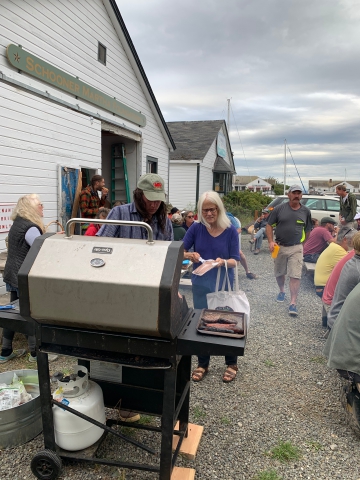 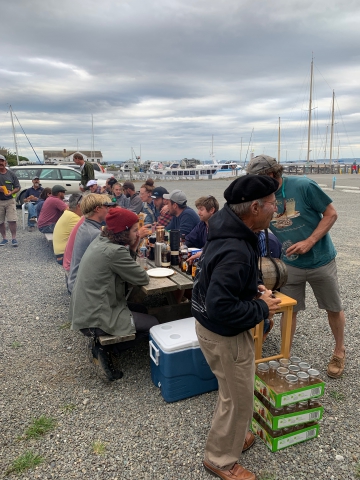 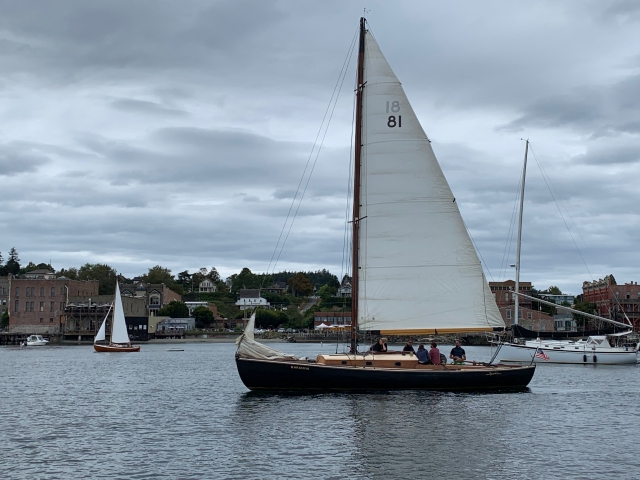 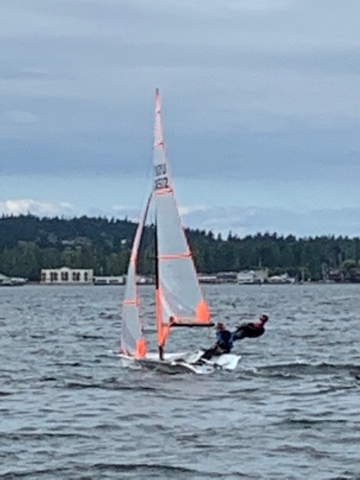 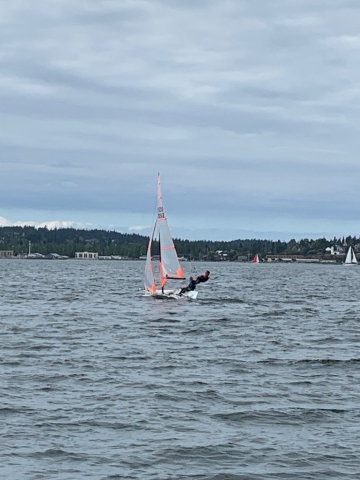 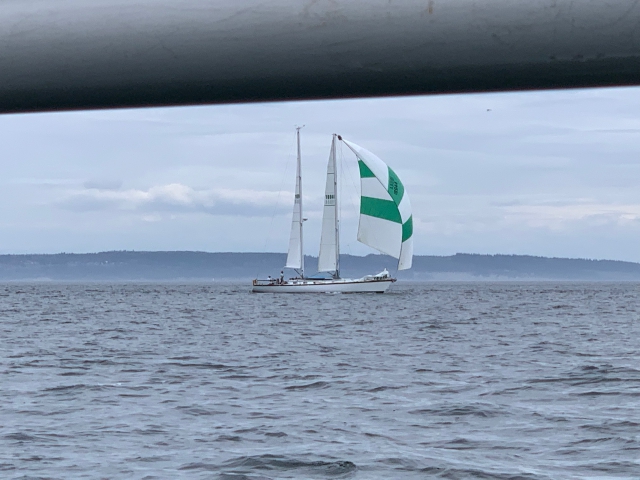 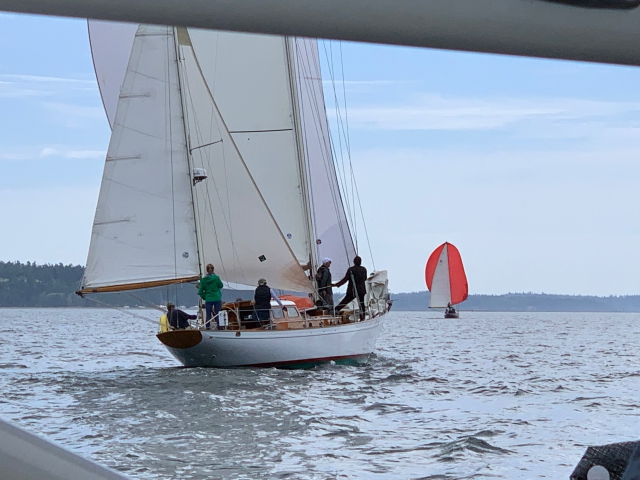 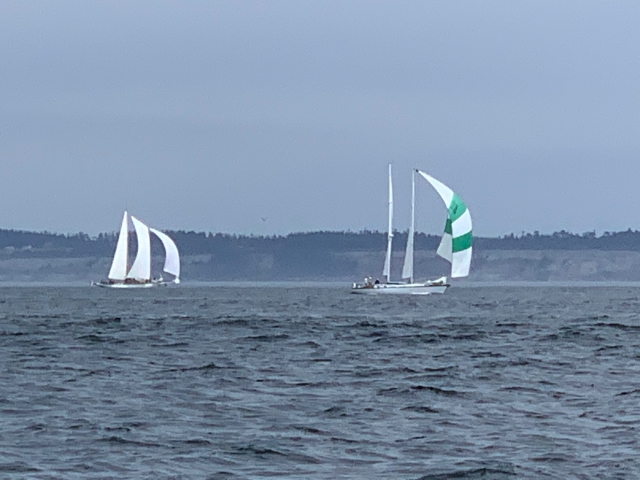 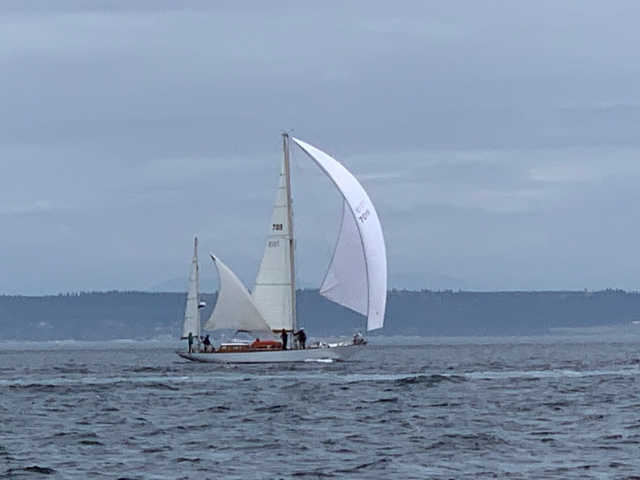 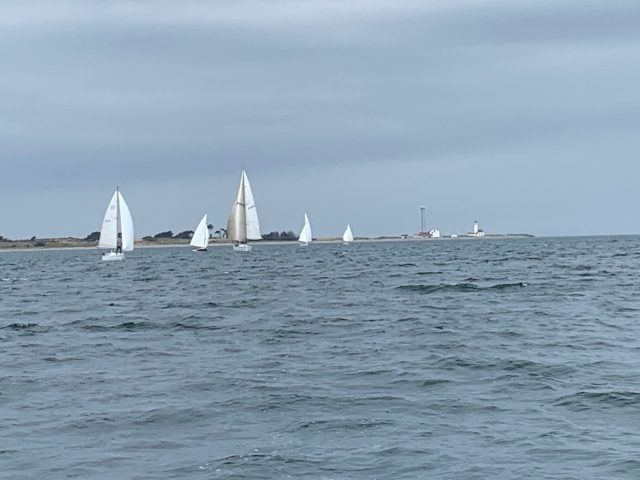 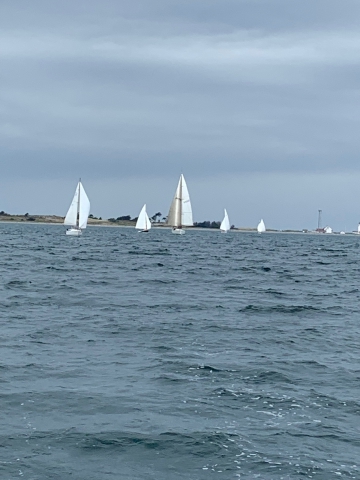 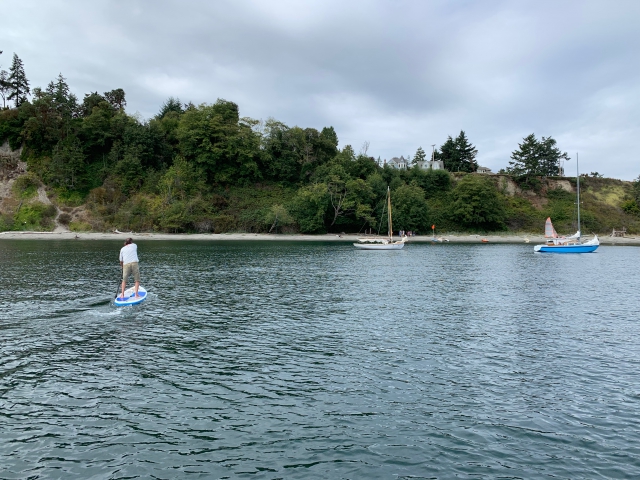 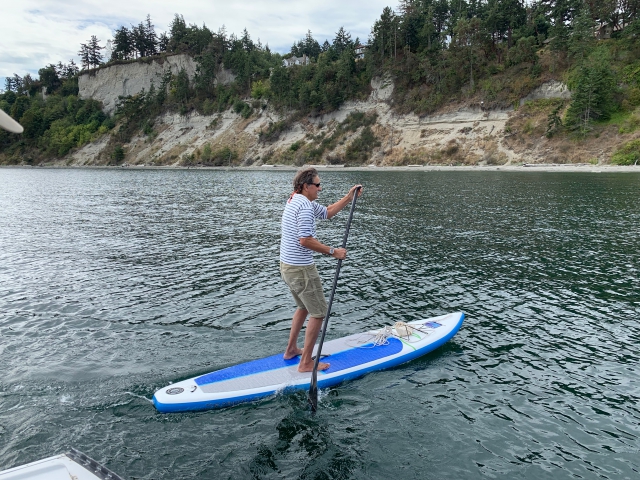 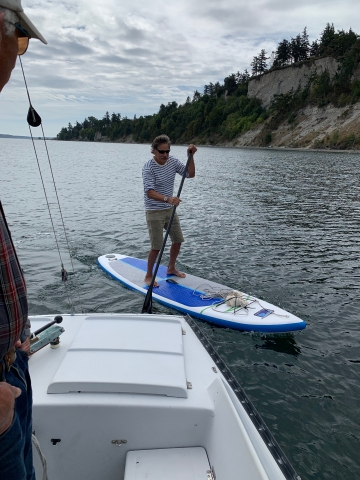 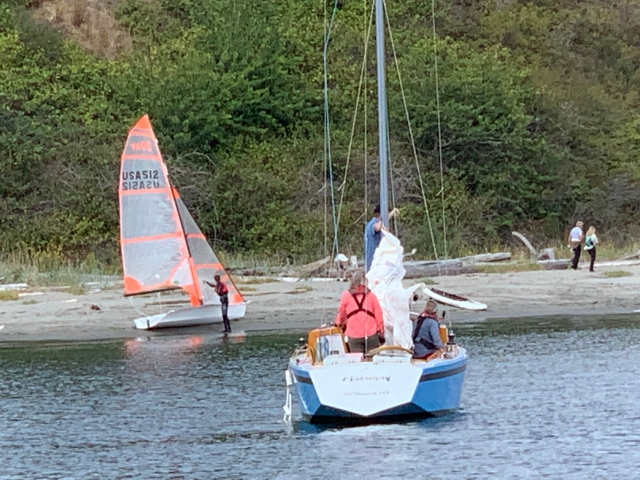 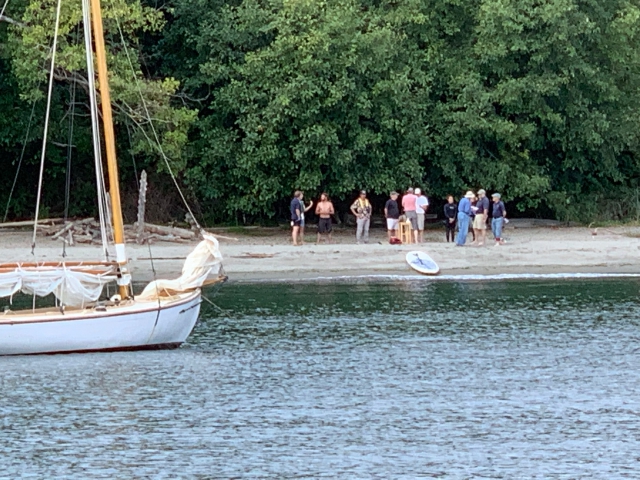 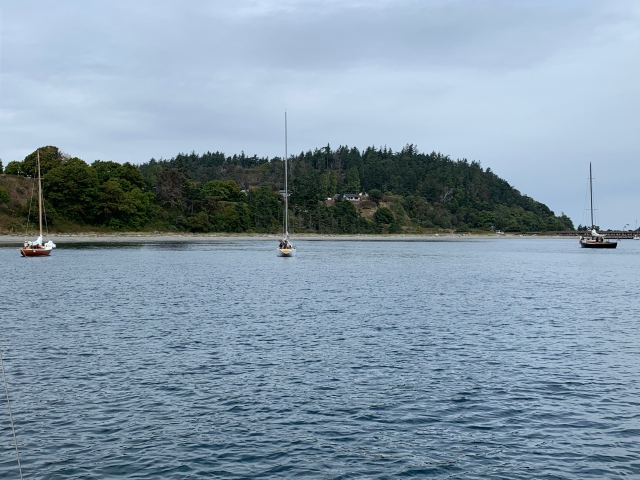 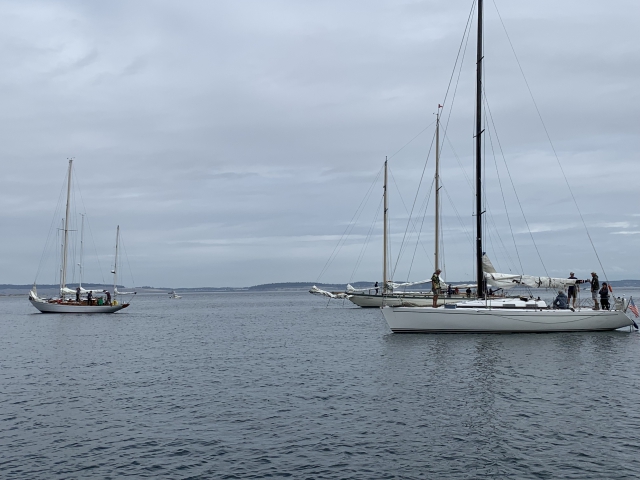 The course selected was #2 on the chart (SMBTBCGCBMBCF – 13 nm.), which complied well with Ted’s wishes for a long course of long and short legs, on and off wind and in and out of current. The course ran by the NW Maritime center several times to show off the fleet.

The “Le Mans” start on the beach needed a general recall (go figure). Although the boats were anchored in a tight bunch, and there was a light Northerly inshore, everyone got away safely. M was a windward mark, it was defined as the most northerly mooring buoy off the Fort Worden beach. The RC was concerned that a large motor vessel had moored to it, but everyone negotiated it safely.

Most of course 2 was outside the Bay where the breeze was stronger and more reliable. Considerable current was reported even though there was little tidal change.

The jog in to the wind sink at G was a great equalizer and a disappointment to those boats who had worked hard to be in the front. They generally managed to recover on the long trip out to M and back.

As all the Racing class had passed C on their way back to M, and the Cruising class was still drifting around G and running out of time, the S flag was raised at the head of City dock to shorten the course (to 9.5 nm.) for the Cruisers. This caused confusion as boats had “lost the instructions overboard” or didn’t notice the flag. They figured it out before they got too far toward the Point and finished among the leaders from the Racing fleet.

Most finishers landed their Rum Testers at the NW Maritime center dock though a few rowed or paddled to the beach.

The follow-on Barbecue and rum tasting (and approval) at Martha’s Workshop was as well attended and enjoyable as the race. Altogether a great day for remembering and honoring Ted Pike.