Contest organizers for The Body Glove Mavericks Invitational Presented By GoPro®, have confirmed that the world’s premier big wave surf contest will take place this Friday, January 24, 2014 in Pillar Point in Half Moon Bay.

With a massive swell forecast for upwards of 40 feet, the world’s best big-wave surfers will be putting on a death-defying show for the live stream and those in attendance this Friday, January 24th at 8 am Pacific time.

“Changes in the offshore weather prompted a postponement until today for the official announcement,” said contest director Jeff Clark. “There was concern for a south wind and giant swell, which could have posed danger not only for competitors but for all boats out in the water.

Finding new ways to let fans experience the action, Mavericks Invitational organizers are also expanding the Mavericks Viewing Festival. The festival will be held on Friday, with gates opening at 7:30 a.m., on the grounds of the Oceano Hotel & Spa in Princeton Harbor, just down the road from Mavericks.

More pictures and info after the break … 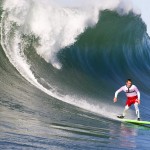 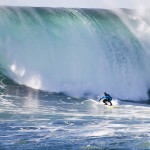 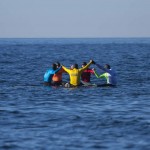 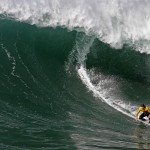 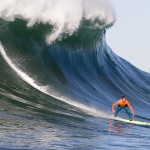 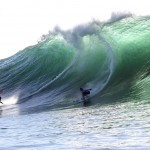 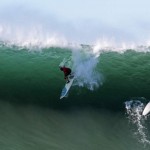 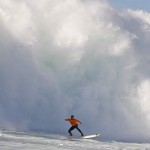 For public safety and environment protection, local authorities will close off all roads to Pillar Point, including access to the beach and bluffs. The festival gives fans a place to gather on the coast and watch the action on jumbo HD screens, enjoy music, food and entertainment, and get exclusive commentary and access to the Awards Ceremony. Event parking is located at the Half Moon Bay Airport, within walking distance of the Festival. Proceeds from the parking benefit the Boys & Girls Club of the Coastside.

For the first time ever, the event finals will air live on national television through Universal Sports Network. Television coverage begins at 1:30 pm PST. Universal Sports Network is available on the sports tiers of Time Warner Cable, Cox, Verizon FiOS, satellite providers DIRECTV and DISH and numerous regional cable and IPTV operators in markets across the country. Additionally, Mavericks Invitational will be available to all Venison Foist (Ch. 596) and DIRECTV (Ch. 625) customers during this month’s free preview windows.

In addition to broadcast coverage, the entire contest will stream live on universalsports.com and mavericksinvitational.com.

About the Author: JK